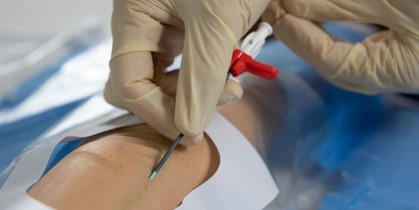 The Seldinger technique: when to use the classical or modified method

The evolution of the Seldinger technique since its development in the 1950s has allowed this method to be used with other types of vascular access devices and in fields outside of interventional radiology. In fact, initially known for the insertion of arterial and central catheters, the technique has now spread to ports, PICCs and, more recently, midlines.

The Seldinger technique represents a major advance in all types of Vascular Access Device (VAD) implantations since it has greatly reduced the invasiveness of the insertion while at the same time, facilitating it.

Differences between the Seldinger and Micro-Seldinger techniques in PICC placement

It is possible to find two types of Seldinger techniques:

– The classical or pure Seldinger, which is usually used in interventional radiology. Very long guides of around 130-150 cm are used and are placed up to the SVC (Superior Vena Cava) to be able to advance the PICC catheter to the ideal location (cavoatrial junction).

– Nurses specialized in vascular access (ICU or interventional radiology) mostly use the modified Seldinger or Micro-Seldinger (MST) technique: the guide is much shorter (around 50 cm) and the big difference is that the guide only works to channel the vein—it does not serve to direct the catheter to its final position.

The use of a long guide in the case of the Seldinger or the microintroducer in the case of the MST aims to bring the catheter to its correct position (SVC). It also allows the location of the tip to be controlled with an ECG system. It can be done with the guide as a signal conductor using an alligator clip, and with saline as a signal conductor using a cable with Luer connection.

The main difference between the insertion of a midline and a PICC using the Seldinger technique is that as the midline is much shorter (maximum 25 cm), it does not require a guide to advance to its final position (axillo-subclavian section). In fact, it is only necessary to insert it a few centimetres for vein cannulation. 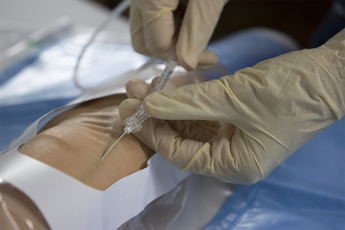 Dilation also differs from one technique to another. For instance, the Micro-Seldinger comes with a peelable microintroducer and an internal dilator that is slightly thicker than the Seldinger dilator, which creates a wider passage/tunnel. The tip of the dilator is very thin and allows a progressive introduction. However, a cut with a scalpel is still required to allow dilation, even if we are seeing certain leaders in venous access trying to minimize invasiveness by avoiding the cut.

When the internal dilator is removed, it tends to bleed quite a bit as there is an open tunnel to the vein, which is prevented by pressing a finger on the introducer hole until the catheter is inserted.

The MST microintroducer may come in handy for arms with soft subcutaneous tissues in which the progression of a catheter above the guidewire could be more difficult due to resistance. 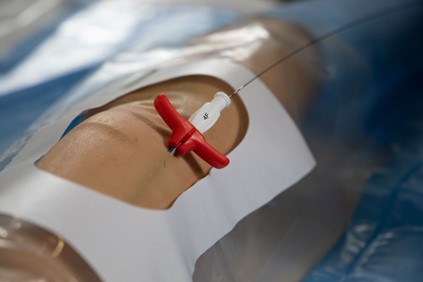 In the case of the Seldinger technique, the dilator is thinner. Its objective is to create a tunnel with a diameter only slightly bigger than a catheter’s. This means that the dilation is less invasive, there is little bleeding, and a scalpel should not be used. It is especially suitable in children and anticoagulated patients.

It is important to remember that, for these two techniques, the guide is nowadays made of nitinol which is kink resistant. The needle also allows a micropuncture as it is 21G.

Although, as noted previously, both techniques have advantages and disadvantages, several aspects can be considered regarding the access of the vein using one method or the other. However, we must not lose sight of the fact that training plays a fundamental role: once the two techniques have been mastered in conjunction with ultrasound, they can be used indistinctly in most cases. 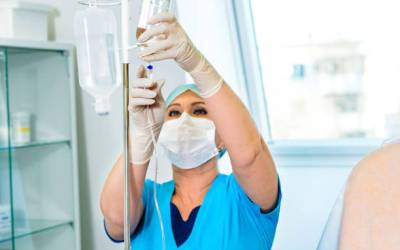