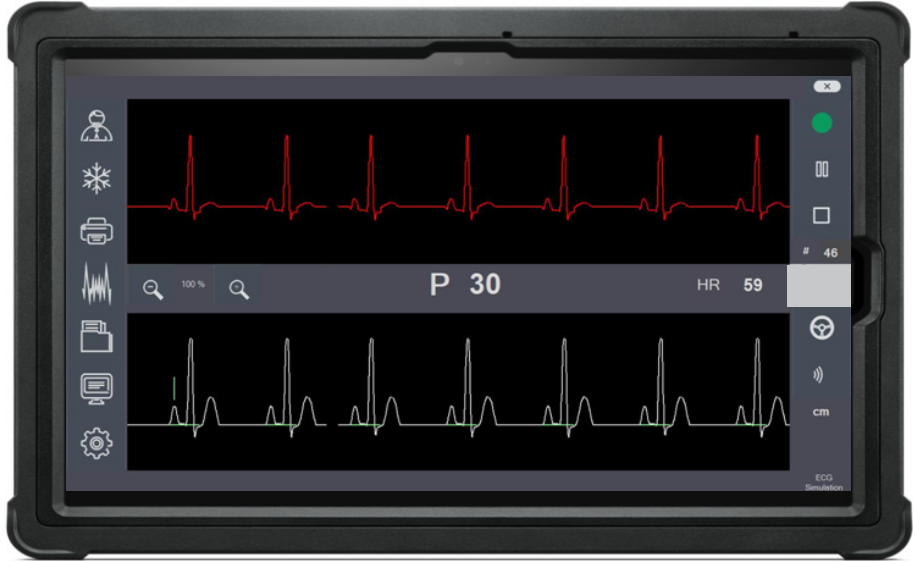 According to the studies by Dr Pittiruti and Dr LaGreca

Since the late 1980s, Dr Pittiruti and Dr LaGreca of the Fondazione Policlinico Universitario Agostino Gemelli in Rome have been researching the possibility of using ECG to locate the tip of a PICC. In 1989 (1), they studied the feasibility of analysing the TQ segment to use this system in patients with atrial fibrillation. In 2011, they succeeded in developing their own method to analyse the visible P waves on an intracavitary ECG for these cases (2). In an ECG trace, the P wave represents the synchronised depolarisation of the Right Atrium (RA) (blue arrow). An ECG system allows the position of the catheter tip to be determined by the interpretation of the P wave. In the case of atrial fibrillation, there is no synchronised depolarisation (red arrow), so the TQ segment carries, not one, but several P waves (the sinoatrial node has anarchic electrical activity).

(3)   In this case, in which there are several P waves but we want to place a central catheter using the ECG system, following the experts’ recommendations; we can use a modified ECG system and resort to the analysis of the TQ segment to determine the position of the catheter. This way, we can see the evolution of the P waves. If we consider a heart with normal atrial activity, the cavoatrial junction is detected by a maximum P wave. In the case of atrial fibrillation, when the catheter reaches the cavoatrial junction, the P waves of the TQ segment have maximum activity (frequency and height). 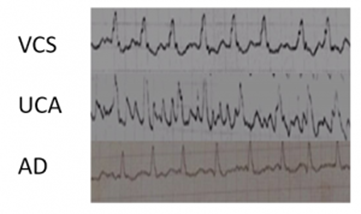 (4)   In 2016, Dr Pittiruti, Dr LaGreca and Dr Biasucci concluded that in the 10 cases studied, the method with modified ECG system is accurate (control with transoesophageal echocardiogram) through a thorough analysis which requires experience and time (5). Shortly after the Steinhagen et.al study (6), they reached the same conclusions and suggested that the ECG method for patients with atrial fibrillation can eliminate the need for post-procedure verification.

Dr Pittiruti’s team wanted to establish clear parameters for interpretation of the TQ segment when the catheter is in the cavoatrial junction. They used three different parameters to measure the pattern of P waves in atrial fibrillation:

• The average of the P waves

• The height of the maximum P wave

All three methods have proven to be effective in determining the exact position of the catheter. The modified ECG system method has been shown to be safe in inserting and locating the central catheter tip in patients with atrial fibrillation. However, analysis of the TQ segment is often difficult and takes time. At the 2018 WoCoVa congress, Dr LaGreca proposed this algorithm to determine which method is the most appropriate depending on the type of patient: 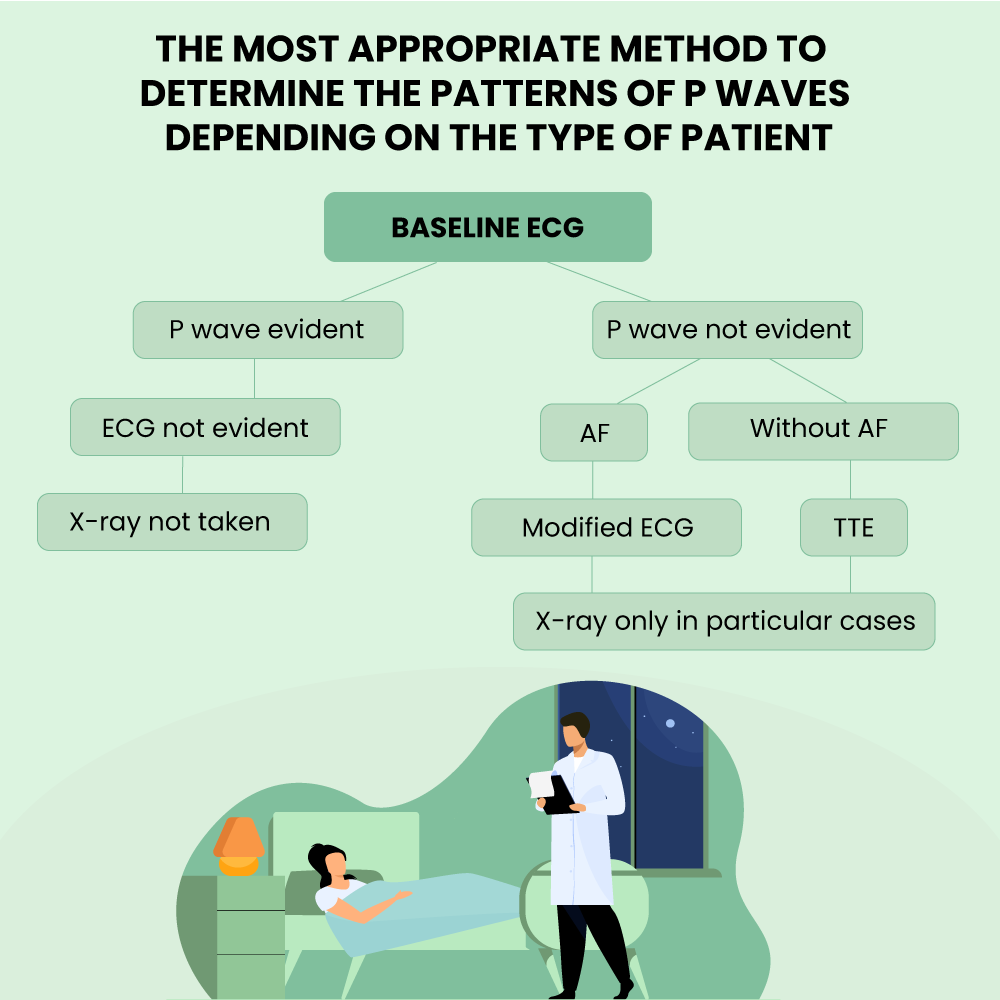 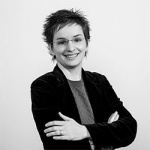 Marie Pineau is responsible for the Intravascular Therapies and Obstetrics-Neonatology-Enteral business units content at Vygon Spain. She has been able to practice in multiple fiels as a nurse for several years, including in Neonatology, Pediatrics, Internal Medicine and Surgery. Since her arrival at Vygon in 2010, she has been able to develop skills in the field and acquire knowledge about products, as well as developping marketing and commercial work.

The page you requested could not be found. Try refining your search, or use the navigation above to locate the post.